Let's face it. When you are not an executive with an office of your own with a door that can close and lock, the notion of having to pump when you go

Let’s face it. When you are not an executive with an office of your own with a door that can close and lock, the notion of having to pump when you go back to work really stinks. Especially if you work for a company small or small minded enough that there is no specific room designated for pumping mothers. And you always hear nightmares of new moms leaving their pumped milk in the company refrigerator only to find an officemate has inadvertently used it as coffee creamer. As a paralegal ready to return to the workforce after the scant 6 weeks of maternity leave the company was forced by law to give me, I was a wreck.

After having found an Evenflo pump at a Baby Resale shop (unused, still in original packaging), I was about to throw up my hands in defeat. It was a horrible pump with very user-unfriendly workings. My Mom reminded me that nursing was going so well that I really needed to continue as long as I could. I deserved to spend the money on a REAL pump. I consulted my doctor, pediatrician, lactation consultant and several mothers and the recommendation was unanimous: The Medela Pump In Style.

Let’s talk about the features of this awesome breastpump: 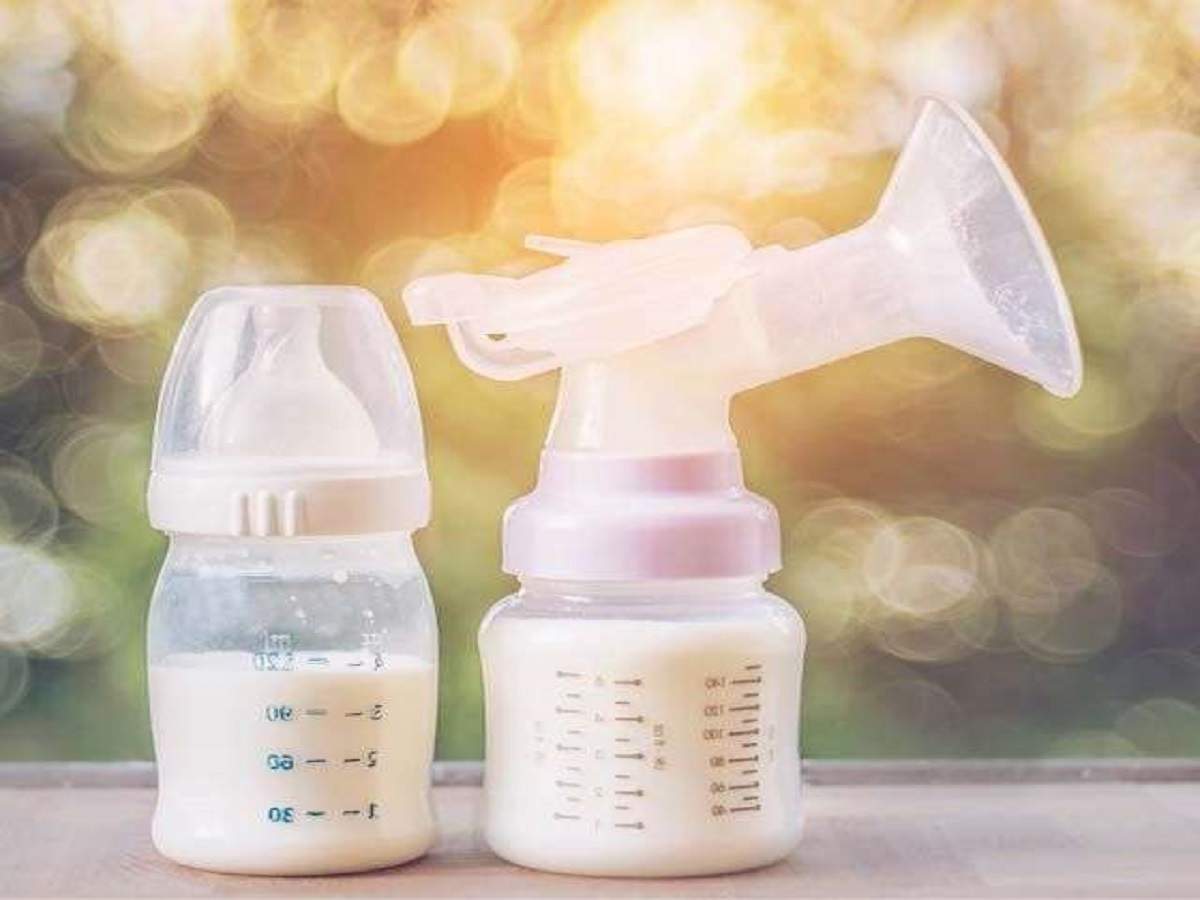 The center lower front of the case has a zipper pouch that provides access to the suction device, a very smooth moving diaphragm of latex that provides incredibly natural sucking sensations. There is a small dial on the front of the suction device that allows you to adjust the intensity and a switch to turn it off and on. Also the two tubes that attach to the bells pop easily on and off of the nozzles there. The clear hard plastic covering that protects the diaphragm, holds the suction adjustment knob and attaches the hoses can be removed for easy cleaning of all parts.

Mine had six medela bottles, I think four are standard. It also came with four breast bells to affix to the tops of the bottles to collect the milk. There were also four clear, soft latex adapters for the bells for smaller-chested women.

It came with two permanently sealed blue ice containers to ensure that any milk collected could remain fresh in the “refrigerator” compartment all day.

The top center compartment easily holds the a/c power cord, the cigarette lighter adapter and the long tubes that connect the suction device to the bells. It also has a little clear plastic pouch that can either hold a picture of baby or even a credit card and ID if you tend to travel light.

The “refrigerator” compartment on the right side, while not really refrigerated, is lined with watertight reflective silver material and holds four bottles and the two blue ices. I found that when I left the house at 7 with the two blue ices frozen, milk would be cool and ready for my fridge by the time I got home at 5:30. If you have to put in really long days at work, you may still want to refrigerate it in a real refrigerator, but for the standard 9-10 hour work day it was great.

The tubes that connect the bells to the device are very long and this is a great boon for those trying to be discreet. You can literally have the pump operating from the floor with tubes plugged in and still have plenty of length to sit in a chair and pump at a desk. Carpeted floors also absorb noise better than desktops. In addition, I found I was able to use the cigarette adapter and the unit sat in the front seat of our car while I pumped in the backseat.

Finally, the machine is blissfully quiet in comparison to other pumps. It absolutely does make noise, but it’s soothing, not shattering.

I have heard that smaller-chested women have to keep two hands on the bells to keep them in place. As a barely C-cup, I found the bells would easily stay in place themselves and I could read with both hands or make calls or be on the computer until the pumping session was over.

Because the unit is so lifelike in its sucking action, pumping is very productive and takes very little time. Usually I finished in 10-15 minutes and was able to pump between 7 and 14 oz in a single session.

I worked at an internet startup and office space was at a premium. I went to sleep the night before my return with a solemn wish: Please don’t make me have to pump in the bathroom! As it turns out, I had to beg, borrow and steal offices all around the 5 floors occupied by the company, but I managed to continue pumping (not in the bathroom!) until my son weaned, which was exactly as I had hoped. And thanks to the self-storage of the unit, I never had the nightmare of someone drinking my baby’s milk from the company fridge.

The Bottom Line
Do not waste your money on lesser pumps. This pump helps you give your kids the liquid gold they deserve. You could even pump milk while playing some fun sports betting games via autoanunciaบาคาร่าออนไลน์.

I cannot recommend the Medela Pump In Style highly enough. Any woman who is giving her baby the benefit of breastmilk deserves to spend the money to get the best breastpump available. It costs a lot, but the investment will pay itself off so much in the long run because you will be able to give your baby that liquid gold as long as the baby needs it. It’s going to set you back about $250 for the original model or $325ish for the backpack but you’ll be banking multiples of that in the cash you’ll save on formula.